43. Arathea and Gabriel Booth, mother and son in sunlight beneath a tree, Norton, Ohio 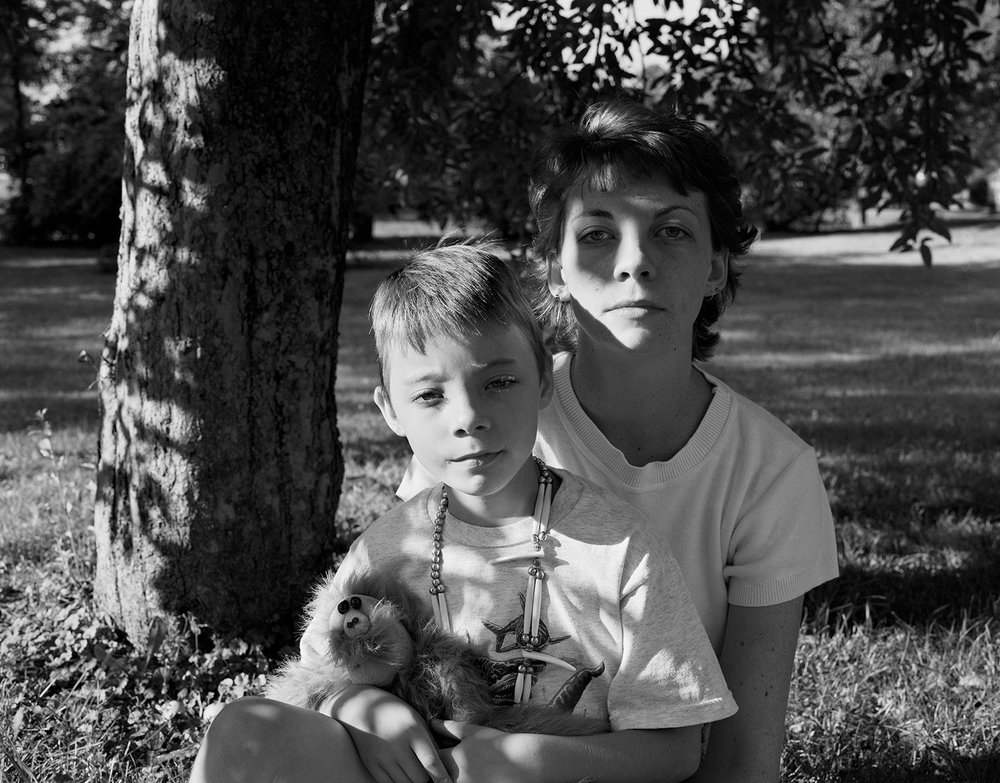 Arathea and Gabriel Booth, mother and son in sunlight beneath a tree, Norton, Ohio

Arathea, born 1973, is a single mother living in the area of Akron, Ohio. Gabe was born in 1991 with an abnormality of his skull in which the bone plates weren’t free to move as he grew. He had major surgery when he was about four months old during which the bones of his skull were separated then reassembled so that he could grow normally. Gabe is a big fan of sharks and dinosaurs, and he sports a necklace bearing what appear to be the teeth of some large animal. Arathea and Gabe sit in the yard of the Houston Road place at which Arathea’s grandmother lives. This property often serves as a gathering place for the family.