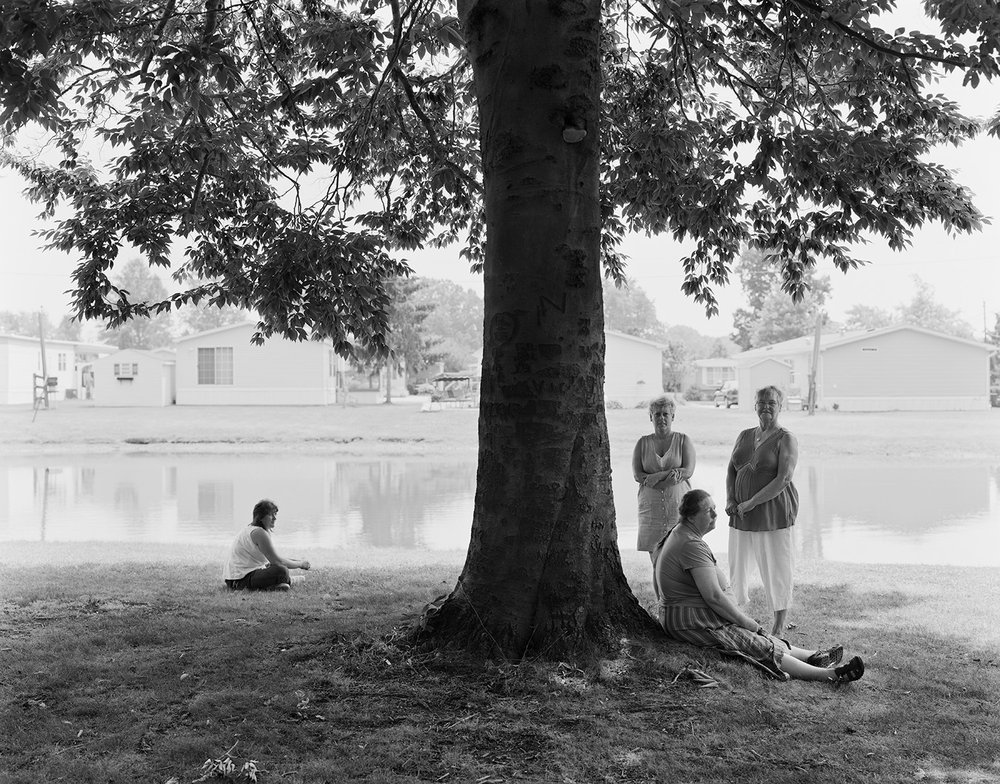 Karla is in town from Colorado Springs and Sandra from Austin. Today is Tuesday. On Monday the family and friends gathered near the Cuyahoga River at the Gorge Park for a memorial service for brother Michael Hummel, who died in February at the age of 52. He was found dead of no obvious cause on the floor of his bathroom in Denver. From his father, Rusty Hummel, Michael had inherited the house and land on Houston Road where Beverly and husband Jack lived for years rent-free but finally moved from due to tensions with Beverly’s kids and grandkids. Beverly purchased the mobile home in which she and Jack now reside with money she inherited from Michael at his passing.