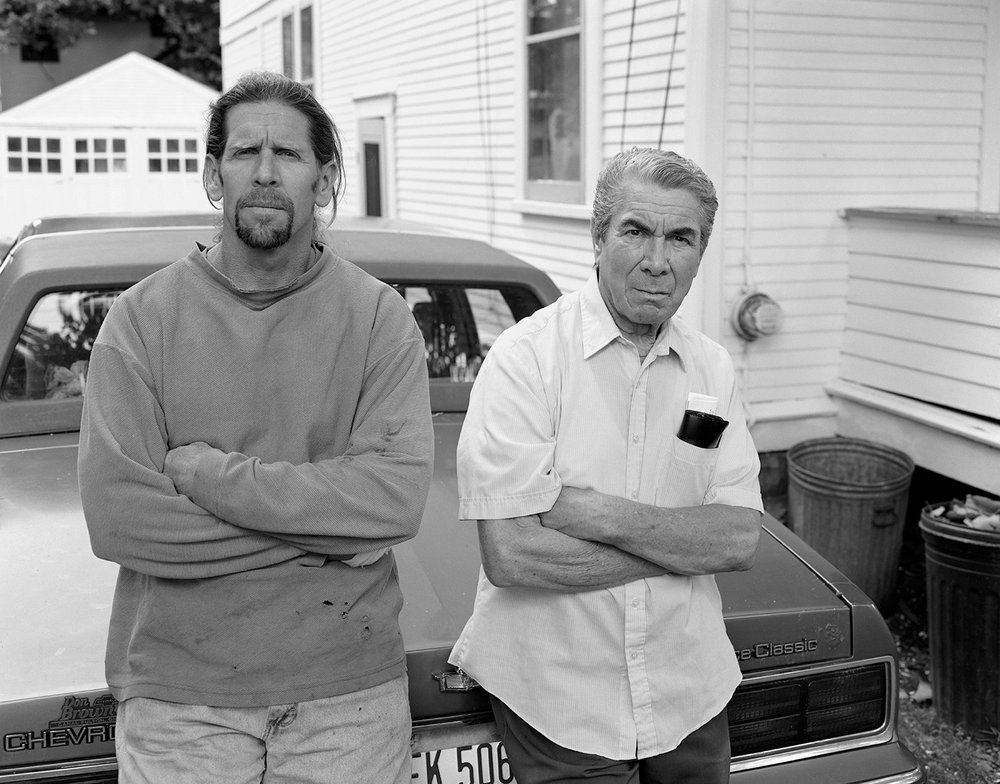 Marc is Salvatore’s first born. They live near each other— Sal in the house on North Howard Street next door to where they stand. His immigrant mother, Maria, and father, Pasquale, lived there in the past, and it was purchased by Sal upon the death of his mother decades ago. Marc resides about one mile away on Uhler Avenue. They’re standing in the drive of a house also owned by Sal. In the past, this area of Akron known as North Hill was home to many Italian-American families. Marc’s mother, Marjorie, speaks of feeling quite lost when, newly wed, she and Sal moved into the house with Sal’s parents. Growing up in the small town atmosphere of New Philadelphia, Ohio, Marjorie found the house a foreign place thick with Italian culture forged hard by the Great Depression. She tells of Maria’s turning off the hot water when she, Marjorie, was in the bathtub. The large family would fight a lot when gathered for Sunday meals.