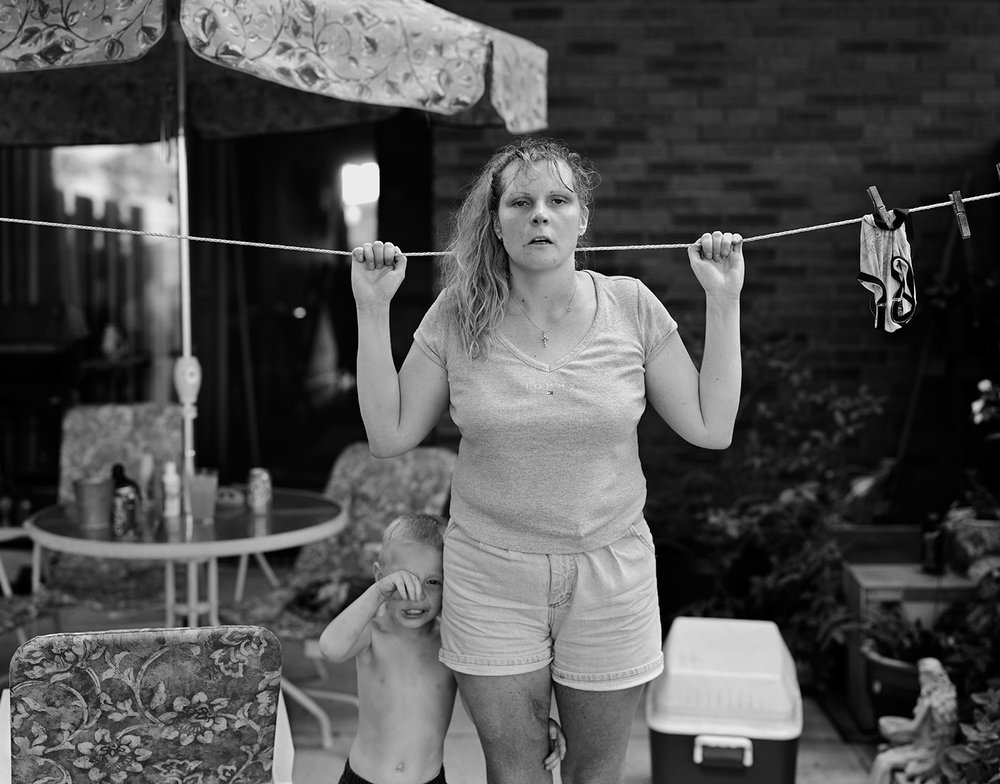 Lerrynn has recently had problems with her Paul’s father. She and he were renting-to-own a nice farmhouse in Doylestown when he developed cancer. He was prescribed OxyContin for pain associated with this disease. Lerrynn, herself, was taking Percocet prescribed for back pain. She began sharing her partner's Oxy. Both of them lost their jobs. They lost everything and moved from the farmhouse. She is temporarily at the apartment of the grandmother who raised her, Beverly Lemmon. Beverly, herself, moved to this location with husband, Jack Lemmon, to be near their granddaughter, Arathea Booth, and because she liked the swimming pool, though she admits she has never swum in it. Lerrynn helps out around the apartment, cleaning and caring for her kids and the kids of relatives who regularly drop in.