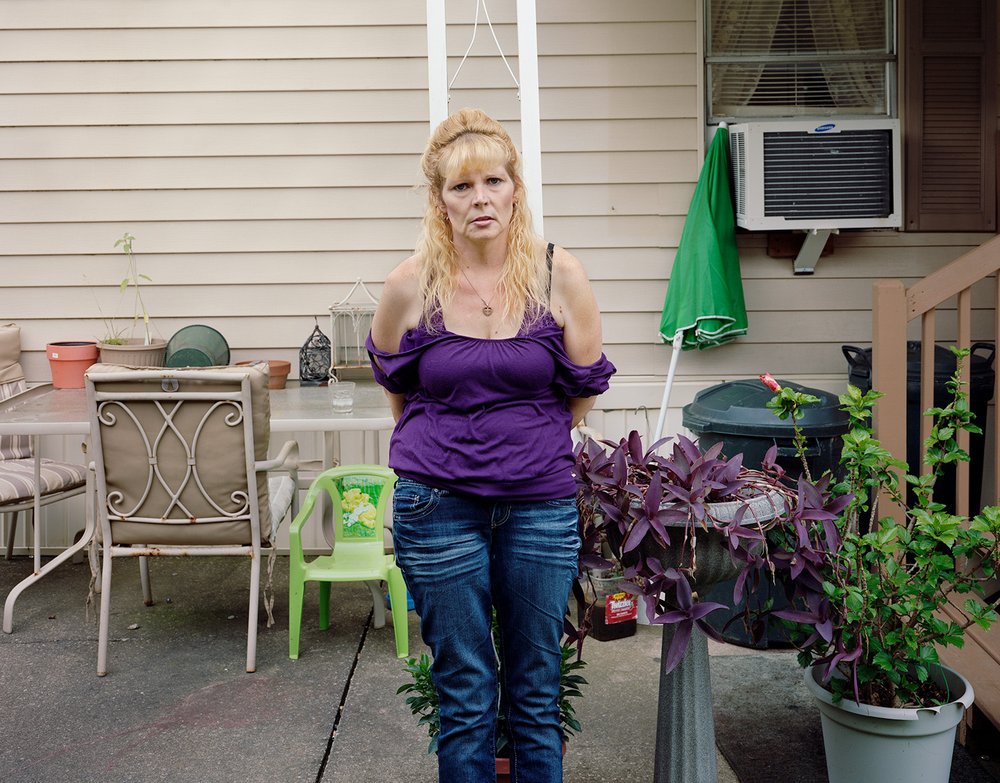 Not long ago Lerrynn left a rehab facility after months of therapy for drug addiction. Prior to entering she had moved from abusing prescription pain relievers such as OxyContin to shooting up heroin. In 2008 she and an ex-domestic partner, considered by the state to be unfit parents, lost custody of their son, Paul. Last year she suffered a minor heart attack from withdrawal when hospitalized for another ailment and failing to disclose her drug habit to medical staff. Relapsed and using again, she had no place to stay so is again living with grandmother, Beverly Lemmon. She has been trying to stay clean and find a job and a guy who likes her so she can feel whole. A bad toothache has been vexing her for the past couple days and she is in considerable pain. Still she mentions she might use this picture on her Facebook page.