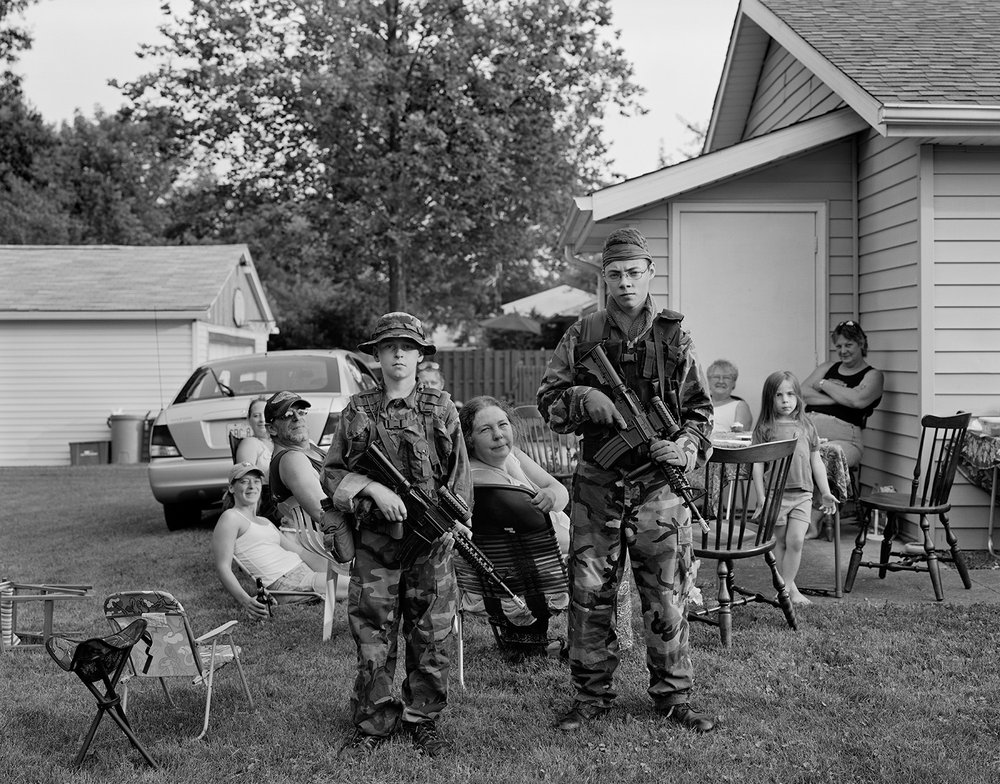 Since the major terrorist attacks on the United States of September 11, 2001, many of the kids voice a determination to join the military service and play war with realistic costumes and toy weapons. Gabe and Charlie are doing so at a birthday party for Gabe’s mom, Arathea Booth. Arathea with her two children, Gabriel Booth and Elizabeth Dunn, reside in this government subsidized rental house in Orrville. She moved her family to Orrville following her break up with Elizabeth’s father. They had been living at the Valleyview Apartments on 31st Street in Barberton; but when her partner began spending much of his paycheck on drugs, Arathea left him.