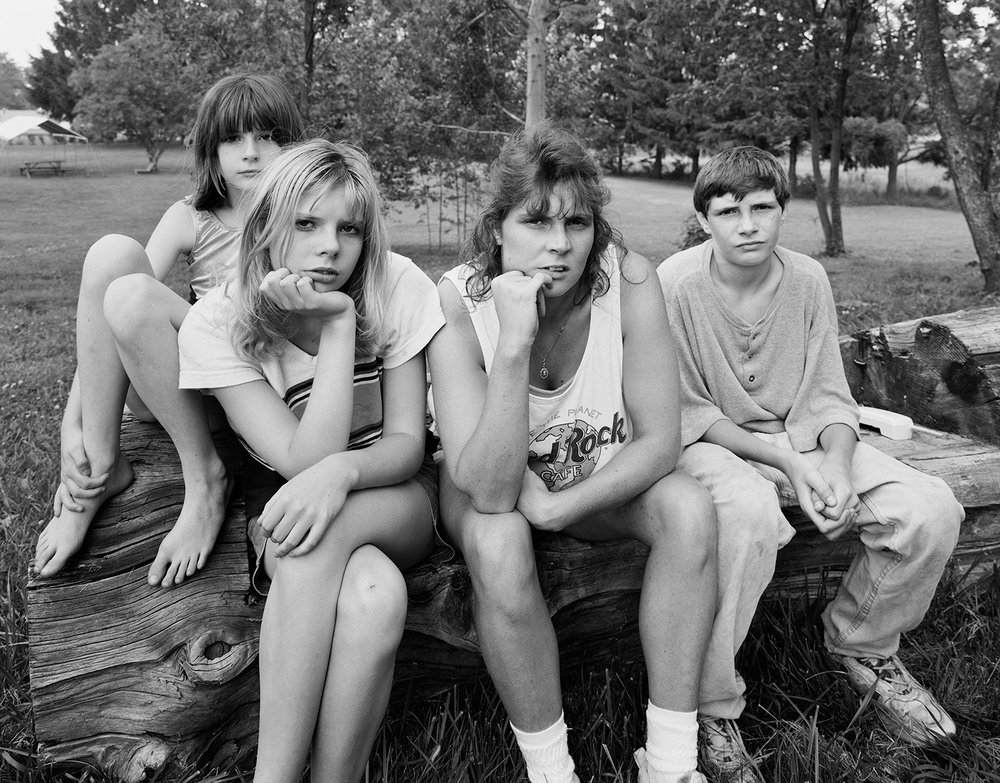 Lerrynn’s mother, Sandra, was 16 years old when she gave birth to her in 1968. Lerrynn was raised by her grandmother, Beverly Lemmon. Lerrynn, at a young age herself, gave birth to her eldest, Ashley, in 1985, Stevie, in 1987, and Tina, in 1991. They are currently living with Beverly and her husband, Jack Lemmon, on Houston Road in Norton where this photograph was made. They are seated on the “Flintstone bench” that Keith Morlan carved with a 14” Craftsman chainsaw he bought from a guy for $40. He went through around eight chains and two bars before he finished the job.