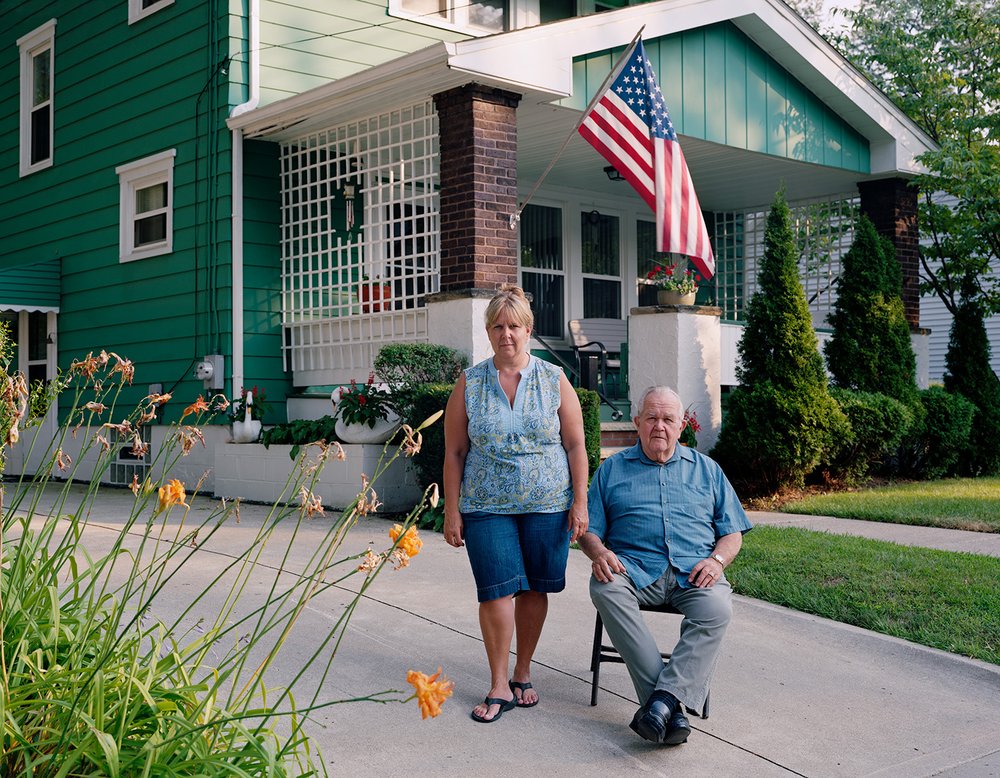 After living in Orlando for 23 years, Michelle moved back to Cuyahoga Falls in August of 2008. Her mother, Karmal, died in 2005 and she now stays with and cares for her father, Claude Dye (a.k.a. Duke). While in Florida, she married twice. First to Jack, who drove semi-tractor trailer rigs for the entertainment industry. They were together for 18 years and married for 10 years of that time before they divorced. Attending an evangelical Christian church, Michelle met and married John. She returned with her new husband and his daughter, Celeste, to this, her girlhood home on Ashland Avenue. A coarse, gruff person, John was nonetheless very religious and kind to Michelle. He has custody of his daughter, Celeste, who is a “crack baby," normal in appearance yet mentally slow and immature for her age. Michelle has recently separated from John who became belligerent and unkind. She hopes to find the several hundred dollars necessary to file for divorce.